Hard to believe another yarn crawl has come and gone!  Two friends and I headed to Virginia last Tuesday and visited Nature's Yarn, Aylin's Woolgatherer, and Uniquities.

The first stop was Nature's Yarn.  I couldn't believe that the store has been open for 7 years, and I've never heard of it.  But they did say that this was the first year they were participating in the crawl, so why else would I have heard of it since I think of Fairfax, VA, as the edge of the earth ;-).  I didn't actually buy any yarn at this store (even though they had a lot of great fibers), but scored some Knit Blockers and this beautiful shawl pin by Jul. 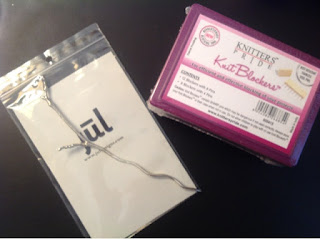 Then it was on to Aylin's.  It's a little tricky to find since it's actually on the third floor of an office building wedged between the Loehmann's and the Giant grocery store.  I love this store because it still carries the Catania yarn by Schachenmayr that's so impossible to find.  With 20 percent off, I loaded up on some beautiful colors and think I've found the perfect project for it (which of course will be in another post). 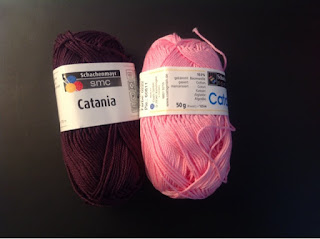 We were starved, so after a quick South American chicken lunch, we were back on the road to Uniquities.  This is such a great shop and totally worth the trip out there to Vienna, VA, even when it's not crawl time.  I managed to not buy anything after breaking the bank at Aylin's, but there was some hand dyed sock yarn that I've got my eye on!  It was definitely Mary's favorite, and she scored some wonderful sock yarn and a yarn bowl at an awesome price.

So, after our Virginia adventure, we made it back to civilization (aka the District limits) by 4, just in time for me to drool a bit more over my purchases and take a nap!

Posted by Many Creative Gifts at 10:00 AM No comments: