I've been seeing a lot of posts lately on Facebook about the Lucet.  According to Wikipedia, the lucet is a tool, usually made of wood or bone, that is used to create cords or braiding.  It is thought to date back to the Viking and Medieval periods.  The cording made with a lucet tends to come out square looking, and it's very strong with a slight spring to it.  I especially liked finding out that, since the cord is made with a series of loop-like knots, it won't unravel if cut.  Another plus -- the cording can be created without pre-measuring the thread or yarn.

So, while on Amazon doing some other shopping, I searched for the lucet and found this lovely one made by Lacis of Berkeley, CA. 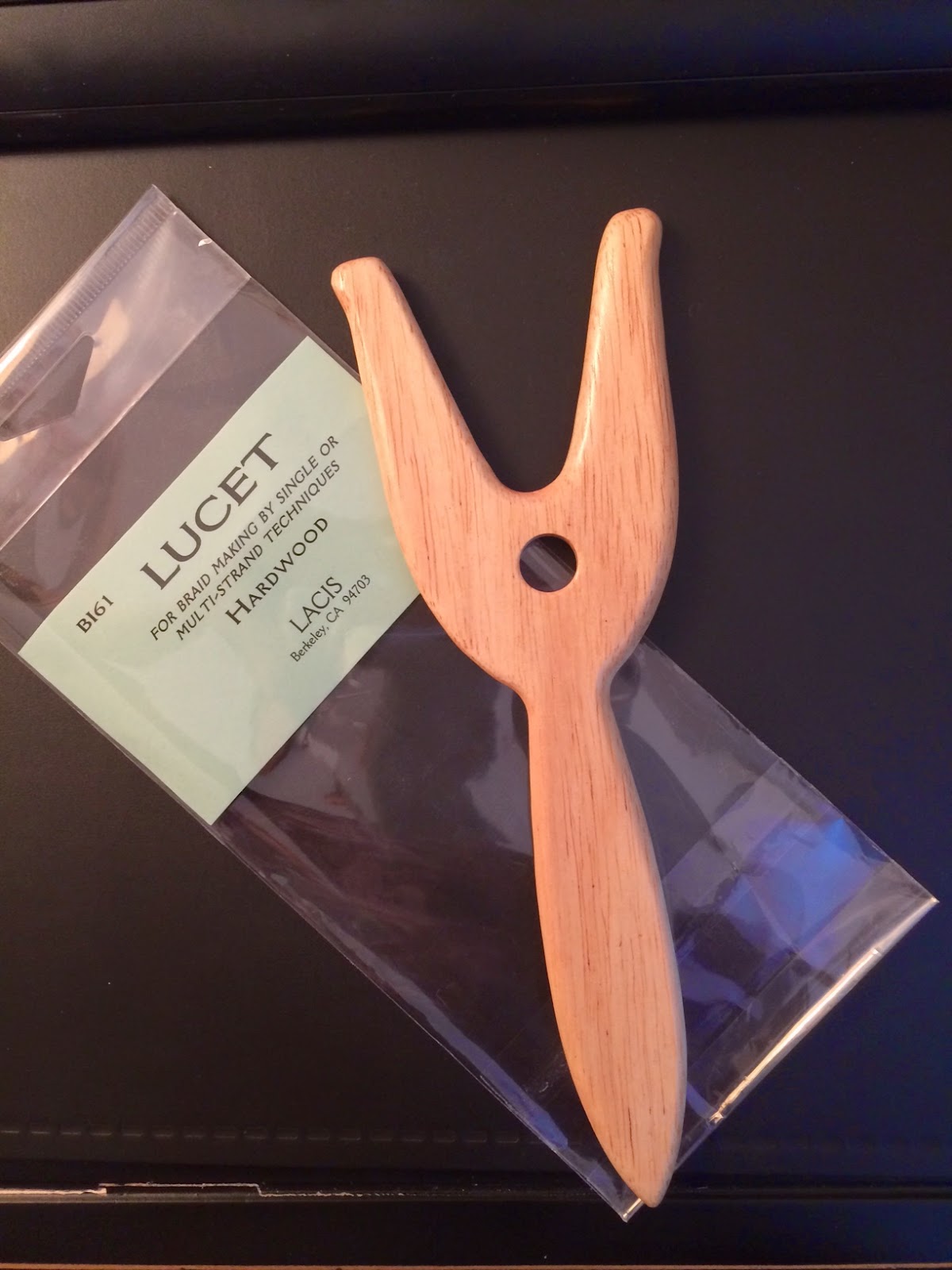 The Amazon seller actually was The Woolery in Frankfort, KY, but beware of looking at the site, you're going to want to order a lot of stuff!  I love that we can order anything from anywhere in the country, or the world for that matter, and have it magically appear on our doorsteps.

Then off to YouTube to look for some instructional videos (the lucet did come with written instructions, which weren't bad but as they say a picture/video is worth...).  The first one I watched is by Evelyn Skae.  She just repeats the movements over and over with lovely background music.  I did have to pause, rewind and play a number of times, but I was able to make a basic cord pretty quickly.  The Stitch Diva's YouTube channel also has a number of lucet videos on it.  I didn't get a chance to really watch any of them, but did add them to my "watch later" list.

Well, now that I have my new toy and some idea of what to do with it, hopefully I will be posting some lucet cord pictures and videos of my own soon!

Posted by Many Creative Gifts at 9:16 AM No comments:

I can't believe I didn't even post once in April.  Thanks to those of you still hanging in there with me.  I really do hope to get back onto a more regular posting schedule again soon.
So, what have I been up to in addition to hanging with Mom as she slowly but steadily recovers from her stroke?  Still working on a sample for Looped Yarn Works that incorporates some of the new spring/summer colors from Rowan Siena 4 Ply.  It's a beautiful 100% mercerized cotton yarn that's quite easy to work with.  I've been using a D hook to craft 1-inch square motifs in different patterns and color combinations.  I've discovered that it's not my favorite kind of project, but at this point, I'm in over 100 squares, so I am forging on!
Speaking of forging, I got a real treat the other day when I headed over to Barnes and Noble to pick up Issue 52 of Inside Crochet magazine -- Vogue Knitting has a new 2014 special Crochet issue!  Featured are some beautifully forged and handcrafted sterling silver and gold hooks by www.celticswan.com.  I might have to break down and order a D hook for myself as motivation to complete the mini-squares project so that I can try out some of the amazing patterns in this issue.  I think the thing that struck me throughout the magazine was the use of so many different types of stitches and textures in the same piece.  Great color combinations as well. Just when you think there can't possibly be new and different ways to crochet, designers come up with amazing and innovative new designs.  Lots of inspiration to be had from this issue! 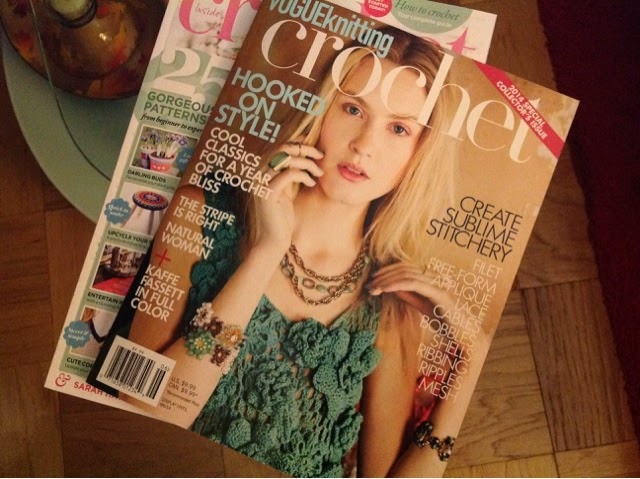 Posted by Many Creative Gifts at 4:29 AM No comments: